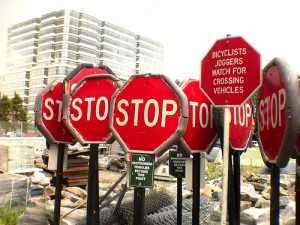 The three dictators emphasized on bio-politics (Johnston 2). The Nazis, Musolinis and Stalinism capitalized on the importance of utopian Bio-politics in terms of reproduction at a time where European nations practiced Eugenics.  The main similarity is based on the reproduction supported by the ideological objectives of the state (Maier 267). In fact, the main concern among the Fascist, Soviet Union Nazist was the low fertility rates among their people. The three parties established reproductive policies that were implemented through the health care systems.  Thus, the Healthcare system was deemed as a path through which the countries will develop a new society.

All the Fascist, Soviet Union and Nazis’ utilized political violence and violent societies as a means of clinging to power and coercing those who opposed.   This was implemented in terms of internment camps run by the agents on behalf of the government (Maier 281). For instance, the Soviet Union used NKVD while Nazi used the SS.  The three regimes also carried out violence activities among the minorities and mostly the Jews. Mass violence was legally accepted by state and was used as a path of escalating their ideology to the resistance.  Of importance, the three principals engaged in mass deportation of the minorities (Johnston 2).

Concentration camps were used as laboratories for testing the limits of mankind and terminating the un-trusted minorities in their territories (Johnston 3). Additionally, the three dictators share the idea of making a new man known as bourgeois. Similarly, they escalated the rejection of liberalism, including human freedom and rights. This was meant to create a modern society that was new and illiberal. The new man was to play a crucial role in liberating human kind nevertheless, propaganda was the only path to achieve this goal as seen in their political party activities (Johnston 2).

The three dictators also emphasized on militarism through creating their party army. The party will have regular armed forces whose power were controlled by the party leader